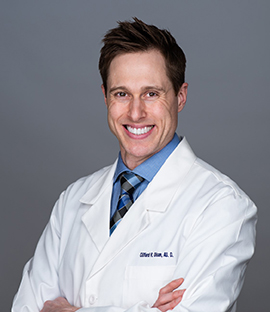 Dr. Cliff Olson enlisted in the United States Marine Corps in 2001 and during his boot camp training, audiologists discovered a hearing loss in his right ear. Fortunately, due to an oversight, he was able to complete his entire enlistment. Dr. Cliff had the opportunity to serve two tours of duty in Iraq and served as a Marine Corps Scout Sniper.

In 2017, Dr. Cliff Olson opened Applied Hearing Solutions in Anthem, Arizona. Around the same time, he started his YouTube channel – Doctor Cliff, AuD – to educate consumers on their hearing loss treatment options and the importance of Hearing Aid Best Practices.