Everything about New Orleans—the food, people, history, and culture—makes it a top tourist destination. Below are just a few of the highlights of this unique city.

The French Quarter. Known for its beautiful Spanish and French style architecture, the French Quarter area is at the top of the must-see list. Bourbon Street features jazz clubs, Cajun eateries, and bars. No visit to New Orleans would be complete without having a beignet pastry and café au lait at Café Du Monde in the French Market. Watch street performers entertain in front of the beautiful St. Louis Cathedral. Don’t miss Preservation Hall, a hole-in-the-wall jazz club.

The Garden District. Step back in time on a historic walking tour of New Orleans’ Garden District with an experienced guide. Learn about life and death in the city and its unique above-ground crypts and gravesites. Walk shady avenues lined with antebellum homes, and hear how a small riverside settlement grew into a lavish, wealthy city. See a wide range of architectural styles in the elegant Garden District neighborhood then get local tips on the city’s best places to enjoy New Orleans’ finest music, food, and drink.

Louisiana Bayous and Swamps. Louisiana’s Mississippi Delta is one of the most biologically diverse ecosystems in the United States. The swamps and bayous are home to countless species of fish, birds, reptiles, and mammals that thrive in and around its fertile waters. Check out 15 of the best Louisiana swamp tours.

St. Louis Cemetery No. 1 Guided Tour. Uncover the secrets of New Orleans’ oldest and most famous graveyard on an official tour of St. Louis Cemetery No. 1. The storied site can only be visited with a licensed guide, so don’t miss the chance to stroll down avenues lined with crumbling vaults and ornate statues that mark the remains of famous former residents like “Voodoo queen” Marie Laveau.

The National WWII Museum. This world-class museum is a treasure trove of World War II information and insight. Founded on the 56th anniversary of D-Day in 2000, this museum has drawn visitors from around the world to learn about the war from the American point of view. The museum is located in New Orleans because of Andrew Higgins, who was based here, contributed to the Allied victory by inventing the flat-bottomed Higgins boats that allowed the forces to storm the beaches at Normandy.

New Orleans Botanical Garden. This beautiful botanical garden is located in City Park, and features more than 2,000 plants from around the world. The first classical garden in New Orleans, it was funded by the Works Progress Administration. 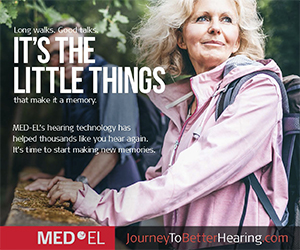