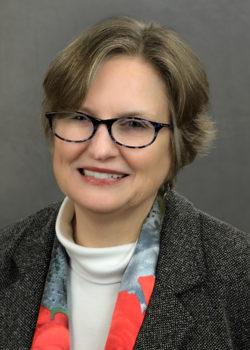 President Joe Biden signed a sweeping Executive Order on Promoting Competition in the American Economy | The White House on July 9, 2021. According to The Washington Post:

“The executive order — which contains 72 initiatives — is striking in its scope and ambition, challenging the business practices of America’s enormous technology,
health care, agricultural and manufacturing firms while also aiming to shake up smaller sectors dominated by only a handful of companies, such as the hearing aid industry.” (J. Stein, A. Gregg, C. Zakrzewski, The Washington Post, July 9, Biden issues sweeping executive order on economic competitiveness – The Washington Post)

This Executive Order specifically calls out the U.S. Department of Health and Human Services (HHS) to consider issuing proposed rules within 120 days for allowing hearing aids to be sold over the counter.

Following the signing of the Over-the-Counter (OTC) Hearing Aid Act of 2017, the Food and Drug Administration (FDA), the agency under HHS charged with the responsibility of drafting the proposed rules, was on track to issue regulations by the law’s deadline of August 2020. That deadline has come and gone without new rules in place.

In January 2021, HLAA sent a letter to Commissioner Hahn of the FDA urging swift action to put regulations in place that will set in motion the development and sales of actual OTC hearing devices. With the rules in place, adults with mild to moderate hearing loss will have the opportunity to access hearing devices that could benefit them and be affordable as well.

During this period, we have been concerned that consumers will be confounded by the array of products available. We have found some 50 devices online, everything from “hearing aids” priced at $23.35 at Walmart, to low cost, in-the-ear hearing aids offered via the Internet at $1,475 per aid. Without rules in place, how do consumers know which products will work? Without rules, who will consumers turn to if some of these products are not safe or effective?

We applaud the Biden Administration for recognizing potential of over-the-counter hearing aids to help millions of Americans who have mild to moderate hearing loss. We look forward to seeing rules that will bring certainty to the marketplace as well as protections for consumers.

Lise Hamlin is director of public policy at the Hearing Loss Association America. She can be reached at lhamlin@hearingloss.org.