Sudden sensorineural hearing loss (SSHL), commonly known as sudden deafness, occurs as an unexplained, rapid loss of hearing—usually in one ear—either at once or over several days. It should be considered a medical emergency. Anyone who experiences SSHL should visit a doctor immediately. Sometimes, people with SSHL put off seeing a doctor because they think their hearing loss is due to allergies, a sinus infection, earwax plugging the ear canal, or other common conditions. However, delaying SHHL diagnosis and treatment may decrease the effectiveness of treatment.

Nine out of ten people with SSHL lose hearing in only one ear. SSHL is diagnosed by conducting a hearing test. If the test shows a loss of at least 30 decibels (decibels are a measure of sound) in three connected frequencies (frequency is a measure of pitch—high to low), the hearing loss is diagnosed as SSHL. As an example, a hearing loss of 30 decibels would make conversational speech sound more like a whisper.

Many people notice that they have SSHL when they wake up in the morning. Others first notice it when they try to use the deafened ear, such as when they use a phone. Still others notice a loud, alarming “pop” just before their hearing disappears. People with sudden deafness often become dizzy, have ringing in their ears (tinnitus), or both.

Experts estimate that SSHL strikes one person per 5,000 every year, typically adults in their 40s and 50s. The actual number of new cases of SSHL each year could be much higher because the condition often goes undiagnosed. Many people recover quickly and never seek medical help.

Only 10 to 15 percent of the people diagnosed with SSHL have an identifiable cause. The most common causes are:

How is sudden deafness diagnosed?

To diagnose SSHL, a doctor will use a hearing test called pure tone audiometry. This test helps him or her to determine if the hearing loss is caused by sound not reaching the inner ear (because of an obstruction such as fluid or ear wax) or by a sensorineural deficit (because the ear isn’t processing the sound that reaches it). Pure tone audiometry can also show the range of hearing that’s been lost.

If you are diagnosed with sudden deafness, your doctor will probably order other tests to try to determine an underlying cause for your SSHL. These tests may include blood tests, imaging (usually magnetic resonance imaging, or MRI), and balance tests.

How is sudden deafness treated?

The most common treatment for sudden deafness, especially in cases where the cause is unknown, is corticosteroids. Steroids are used to treat many different disorders and usually work by reducing inflammation, decreasing swelling, and helping the body fight illness. Steroids are usually prescribed in pill form. In recent years, direct injection of steroids behind the eardrum into the middle ear (from here the steroids travel into the inner ear), called intratympanic corticosteroid therapy, has grown in popularity. In 2011, a clinical trial supported by the NIDCD showed that intratympanic steroids were no less effective than oral steroids, but were less comfortable overall for patients. They remain an option for people who can’t take oral steroids.

Additional treatments may be needed if your doctor discovers an actual underlying cause of SSHL. For example, if your SSHL is caused by an infection, your doctor may prescribe antibiotics. If you’re taking drugs known to be toxic to the ear, your doctor may tell you to stop or switch to another drug. If you have an autoimmune condition that causes your immune system to attack the inner ear, you may need to take drugs to suppress your immune system. 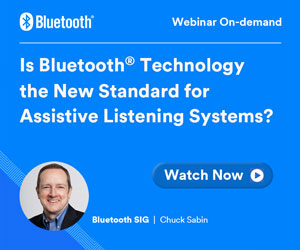