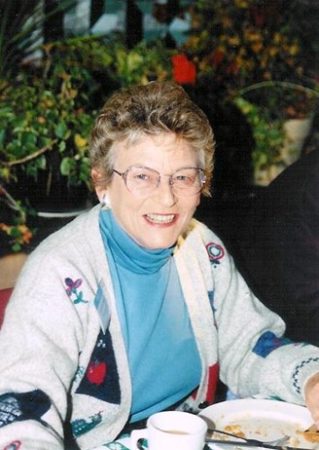 Joan Kleinrock, 86, passed away peacefully at Suburban Hospital in Bethesda, Maryland, on November 9, 2021, after being admitted for pneumonia. Joan, along with Rocky Stone, built the HLAA Chapter network we know today. She started as a volunteer with Founder Rocky Stone after seeing a newspaper notice about a new organization called Self Help for Hard of Hearing People, known today as the Hearing Loss Association of America. She literally knocked on the door of the Stone family home and like so many people, she needed information and support which up until 1979, nothing was available.

Joan wrote in a memoir about Rocky Stone:

“I was searching for meaningful work that could make a difference. Out of the blue, I saw a newspaper notice of an initial meeting of a chapter for an organization for people with hearing loss. I’d never had anyone to share my hearing loss with. The founder Howard Stone would be there. I could barely wait for that day to come.

Joan began as a volunteer in 1980 in the Stone family home in Bethesda. In 1982, she completed the first “chapter manual” to assist 25 chapters. SHHH held its convention in Chicago and a large number of attendees returned home committed to starting chapters, so by November, SHHH had 122 chapters. In 1983, Joan became one of the early board members, and later became one of the first paid staff until her retirement in 1998. Joan continued as the HLAA professional adviser for chapter development until her death. 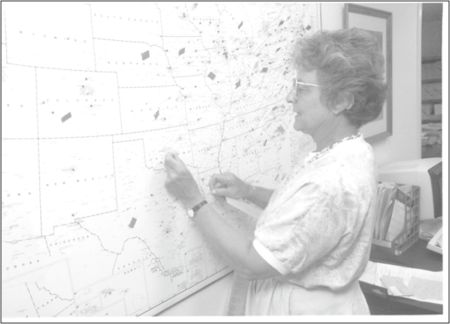 In 1992 she received the Rocky Stone Humanitarian Award given to a former board member. This prestigious award, established in 1990 by the Board of Trustees (now known as Board of Directors), honors an outgoing or past trustee for his or her extraordinary contributions toward the furtherance of the objectives and personal exemplification of the philosophy envisioned by Howard E. Stone, founder.

Joan formed personal connections wherever she went. She probably knew more members than any other staff with the exception of Rocky. Long-time member and former board member, Wayne Roorda, from Voorhees, New Jersey shared this:

“When I saw a blurb in the NAD Broadcaster paper about a new organization for hard of hearing people and that the dues was $7, I immediately sent in a check and wrote on the note, “Where have you been?” Joan was working in Rocky Stone’s family room “office” and wrote back to me, “Where have you been?” That started my introduction to Joan and her family. So many memories and stories.”

Joan is survived by two sons and two grandsons. If you would like to send a card, please address it to her eldest son, Jeffrey Kleinrock and Family, 9708 Parkwood Drive Bethesda, MD 20814.

Contributions can be made to HLAA in Joan’s memory to the Hearing Loss Association of America.